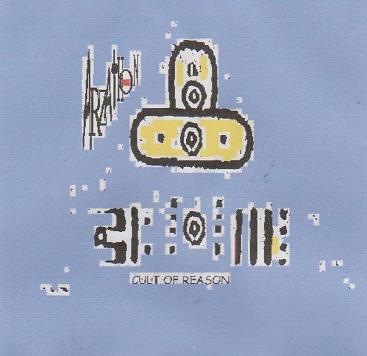 Cult Of Reason (running time - 41:40)
This album will guide you to your own personal dreamstate ..perfect sounds to chill with..experimenting at its best, Dressant la tete, the spirits crying out to be heard..


An original and complex Audio Sculpted Psychedelic project founded during the 80's Music/soundscapes created by Arzathon, Dreamtime Troubadours, Trolls on Acid, Heavy Metal Vampires on Nuclear Waste, featuring artists Don Campau, Shanna Dawn, Kristianne Gale and others. Music that draws you in, a spiritual /tribal experience like no other.Some pieces are heavily influenced by early krautrock infectious grooves but the whole musical signature consists of audio sculpted psychedelic electronic epics covered by harmonized acid rockin dynamics. Largely improvised and a dangerously lysergic sounding experience.
Arzathon is a prolific Audio Artist, there was a long gap during the nineties with very little output. He has also recorded in the past using the name Gypsy. These recordings are being reissued as Arzathon (the artist formly known as Gypsy). He has also collaborated on other projects such as Heavy Metal Vampires on Nuclear Waste & Trolls on Acid & Dreamtime Troubadours, with many different artists from around the world.
Collaborators

Falsini, born 1948 in Florence (Italy), moved to Virginia in 1969, where he set up a basement studio and experimented with a Moog and four-track taping before returning to Italy to form the band Sensations Fix .The group signed with Polydor Records in 1974 to a five-year, six-album contract.Later, in 1983, Falsini reappeared as guitarist and producer of the electro-pop group The Antennas, that released an LP and a single in France. The years after where mainly spent
to learn computer programming and how that could intereact with music recording.In the 90s he was producing techno music, dance oriented, with his own label Interactive Test. From the years 2000 his life becomes nomadic as well as his live appeareance and music production.In this last year his old work has been re-issue by many labels, most notably RVNG record and Spectrum Spool.

Musician, radio host and archivist, Don Campau has been active in music since 1969.From 1969-1974, Don, Geoff Alexander and other friends recorded as The Roots Of Madness, a bizarre, avant garde collective that released one record album in 1971. The early tapes are now also available as CDs.In 1971 Don also began hosting a radio program on KTAO-FM in Los Gatos California under the mentorship of Lorenzo W. Milam, one of the founding fathers of community radio in the USA. This show incorporated ethnic, avant garde jazz, baroque, modern classical, early home recordings and outsider material. In 1978 Don began hosting a radio program on KKUP-FM in Cupertino, California. At the time, the show featured jazz, ethnic, contemporary classical, improvised and some early home recordings.In 1985 the format of “No Pigeonholes” was established and became home recorded cassettes from the international home recording movement called “cassette culture”. The music covered many styles from rock,
folk, outsider, oddball, punk, electronic and much more.Don continues broadcasting home recorded, small studio and independent music from around the world not only on KKUP but also throughout Europe on Radio Marabu and also on the net on The Luver.comThe Lonely Whistle label was started in 1984 to house not only Don Campau albums but other releases from friends and musical associates.

I like to attend Irish and American Traditional music sessions to sing unaccompanied. I have worked with a tremendous Experimental Music group called Biota on an album called “Half A True Day.” Another album with them is currently underway. I write some songs but enjoy improvisation and singing devastating murder ballads.

Born Folkestone Kent 1948, lived in Canada for the last 40something years. Started as a drummer in local bands in Whitehorse, Yukon Territory in 1967, started to pick up guitar seriously in 1970. Played in various psychedelic outfits (notably a band called Oberon, which was the forerunner of another band called The Melodic Energy Commission (which at times included Paul Rudolf of Pink Faeries and Del Dettmar of Hawkwind) Moved to Ontario Canada and played in lots of bands, New Wave, Punk, Psych/Jam and ( Experimental at University of
Waterloo’s Independent Studies Program.) Became part of The AMBiENT PiNG community in Toronto, and have played pretty regularly at venues in Toronto associated with the PiNG. Lots of collabs, notably with Anne Sulikowski (Building Castles Out Of Matchsticks) and others. Solo project (recently expanded to a trio) The Devil In The Design HAROLD (psyche/jam band) and Moon Dandies with my wife Catherine Tammaro and Jeff Howard (also in TDITD and HAROLD)

I lived in Korea for 4 years. I was a Korean translator. I spent a year and a half doing nothing but 100% immersion in Korean culture and language. Before I went there I was out in California around 1983/84. I met my first group of improvisors with whom I established some kind of a kinship. It's what broke me away from jazz and progressive things, and the acoustic things I'd been doing in the late 70s. I realized that the way I play guitar is based on the fact that I started off in music on the trombone, and I really think like a horn player. At this point I know that, but back then I couldn't figure out why people had trouble learning my songs. And it's because some of the structures are melodically and harmonically really suited more for a brass section. You'll hear a lot of trombone-like things occurring, even in my acoustic music. I've been accused of playing slide when I'm not playing slide, when in fact I may be using a fretless instrument. My first label started out in 1983 and it was called Kamsa Tapes. And that was the first moniker under which I was putting my stuff out, and at the time I was doing this really dense, harsh guitar layering music. And that was more harsh music of that sort. At the time I was only putting my own stuff out, but there was some collaboration creeping in.
Links for Bret will be added, but if you search here in the archives you will find tones of stuff....

Rodent Tapes first appeared on the underground scene in the days before the www. A label which only dealt in underground music, cassette culture, home recorded music…these days with computors that once small underground scene has grown, and music is no longer being held hostage by corporations and with a bit of cyber surfing all kinds of exciting sounds can be found, for the most part a million miles from anything corporations would ever think of dealing in…no dollar signs to make many of these ventures attractive to corporations. You have as much chance of winning the lottery as recieving a recording contract, there just aren’t enough places to go around…never have been, never will be…Do it yourself…the only way to go…we don’t need big record …corporations they need us…the dreams they have to offer are in truth nightmares.